What are the 4 imams in islam? How many schools of Islamic law were there?

It is the first school of Islamic law in chronological order, and it is called by this name because it is attributed to Abu Ḥanīfa. The real name of Abu Ḥanīfa was Numan ibn Thabit ibn Zuta. He was born in Kufa in 80/699 and died in Baghdad in 150/767. There are varying views that state that he was originally Turkish or Persian. Numan ibn Thabit, who came from a wealthy family, first memorized the Qur’an in Kufa and learned Arabic morphology, syntax, poetry, literature, jadal, and theology. He listened to hadiths from prominent masters of Kufa, Basra, and Iraq. He specialized in fiqh by studying for eighteen years with his teacher, Hammad Ibn Abi Sulaiman (d.120/738). The chain of his teachers goes back to the mujtahid Companions like Abdullah Ibn Masʿūd (d.32/652), Ali (d.40/660), and Umar (d.23/643) (r. anhum) through his teacher Hammad, Ibrahim al-Nahai (d.95/714), Alqama (d.62/681) and Aswad (d.95/714). In the meantime, he also benefited from the knowledge of Ja’far al-Sadiq and Muhammad Bāqir.

Abu Ḥanīfa was engaged in cloth trading, which was his family profession, and continued his scholarly studies uninterruptedly in Kufa. In addition to his theoretical knowledge, his presence among tradesmen and merchants who applied the theoretical knowledge in daily life had a great role in ensuring that he made accurate determinations, understood the transactions, and knew the social structure well. He was famous for his honest treatment, hatred of lies, cheating, and competition, his smiling face, sweet talk, and helpfulness. It is said he spoke little, but when asked about fiqh, his knowledge flowed like a flood.

Abu Ḥanīfa was 40 years old when his teacher, Hammad, died. He got into his chair and began to teach his classes. His lectures would be in the form of debate. He would raise an issue, talk about it, and everyone would say their opinion on it, eventually, Abu Ḥanīfa would explain his opinion and thus the matter would be settled. Imam Muhammad would write down the topics discussed at these academic meetings. The first basic works of the Ḥanafi school in which the views of Abu Ḥanīfa, Imam Muhammad, and Abu Yusuf were recorded and transmitted through tawatur are called Zāhir al-Riwāyah. These are the following six books:

The Zāhir al-Riwāyah work was abridged by Abu Fadl Muhammad al-Marwazī (d.334/945) and the work was titled, “Kāfi.” This latter work was later annotated by Shams al-Aimma al-Sarakhsi (d.490/1097), and this work named “Mabsut” was published in 30 volumes.

Abu Ḥanīfa trained many students. It is reported that the number of students trained in his lecture circles exceeded 4000, and about forty of them reached the level of ijtihād. Four of them are famous:

His students and society recognized Abu Ḥanīfa as a leader (imam) and named him “Imam al-‘Azam”, meaning “the greatest imam.” The legal path developed by Imam al-Azam is called “Ḥanafi School”, and those who follow this school are called “Ḥanafis.”

The Ḥanafi school originated in Iraq and became the dominant school of Islamic law in the state during the Abbasid period when Abu Yusuf became the “qāḍī al-quḍāt (chief qadi).” Especially by spreading to the east, it showed great development in Khorasan and Transoxiana. Many Ḥanafi jurists were trained in this region. When the Ottoman State was established and the Ḥanafi school was adopted as the official school of the state, its sphere of influence expanded further. Today, the Ḥanafi school is very common in Turkestan, India, Pakistan, Afghanistan, Turkey, and the Balkans.

This school is called by this name because it is attributed to the great hadith and fiqh scholar Malik Ibn Anas. Imam Malik Ibn Anas was born in Medina in 93/712 and died in the same city in 179/795. Medina at that time was a center in terms of the hadiths of the Prophet and the fatwas of the Companions and the Followers. In such a scholarly environment, Imam Malik took hadith and fiqh lessons from well-known scholars from the generation of the Followers such as Ibn Hormuz, Ibn Umar’s freed slave Nafi, Ibn Shihab al-Zuhri, Yahya ibn Sa’id, and Rabia ibn Abdurrahman. When he reached the age of maturity, he started to give lectures and fatwas in the Masjid al-Nabawi in Medina. A wide scholarly circle formed around him, and he trained many students.

In deducting judgments from the sources, it is observed that Imam Malik applied first to the sources of the Qur’an, sunnah, ijmāʿ, the words of the Companions, customs, and traditions, and then the secondary sources such as qiyās, istiḥsān, maṣāliḥ al-mursala, and sadd al-dhara’īʿ. The most distinctive feature of Imam Malik’s fiqh is that it takes the practice of the people of Medina (ʿamāl ahl al-Madina) as evidence. In order to accept the solitary hadiths (aḥad Hadith), he stipulated that it should not conflict with the deeds of the people of Madinah. For according to him, the deeds of the people of Madinah have the same status as mutawatir hadith. The Prophet lived among them for ten years so they saw his customs and traditions. They saw how he abolished customs and traditions that contradicted Islam and how he approved of those who did not. For that reason, their deeds were counted at the level of tawatur.

His famous students are: Abdurrahman Ibn Qasim (d.132/749) studied fiqh with Malik for twenty years; He received knowledge from Lays b. Ṣaʿd (d.175/791) and transmitted the famous work of the Maliki school called Mudawwana. Sahnun (d.240/854) received this work from him and arranged it according to the subjects of fiqh. Yahya ibn Yahya (d.234/849) was a jurist who spread the Maliki school of law in Andalusia. Ashhab ibn Abdulaziz (d.204/819) became an expert in fiqh alongside Malik and Lays. Mudawwana and Muwaṭṭā, which include the hadiths of judgment and the related Maliki fiqh, are the two main books of the Maliki school.

The Maliki school first spread in the Hijaz region, then spread to Egypt, North Africa, and Andalusia through Imam Malik’s students such as Asad ibn Furat, Abdullah ibn Wahb, and Abdurrahman ibn Qasim. In fact, this school became the official school of the Andalusian Umayyad State for a while. Today, the Maliki school is widespread in Egypt, North Africa (Morocco, Tunisia, Algeria), and Sudan. A small number of Malikis are also found in the Hijaz region today.

Muhammad ibn Idris al-Qurayshi al-Hashimi, the founder of the Shafiʿi school, was born in the city of Gaza (Palestine) in 150/767. He listened to the Muwaṭṭā from Imam Malik himself and narrated hadith from Sufyan Ibn Uyayna (d.198/813). He also learned Iraqi fiqh from Imam Muhammad. Thus, he became a jurist who combined the Iraqi fiqh and the Hijazi fiqh. He stayed in Baghdad for probably two years, then moved to Mecca, where he taught for nine years. Imam Shafiʿi came to Baghdad again in 195 AH. In this second visit, he started to introduce his own method of fiqh by examining the schools of fiqh in Iraq and Hejaz in depth.

He went to Egypt in 198 Hijri. In Egypt, where he stayed for four years, he began to re-examine his previous knowledge and experience in this different social and cultural environment. He gave up some of his old views and put forward new ones. Thus, the “madhhab al-qadīm” and “madhhab al-jadīd”, which consisted of his old and new views, were formed. Imam Shafiʿi passed away in 204/820 in Egypt. His works are Risala, Hujja and Umm. Risala is the oldest book on the methodology of Islamic jurisprudence that has survived to the present day and has been translated into English and Turkish.

The Shafiʿi school spread first in Egypt and then partially to Syria, Yemen, Iraq, and Transoxiana. Today, the Shafiʿi school is widespread in Iraq, Syria, and the southern and eastern regions of Anatolia.

Ahmed Ibn Ḥanbal al-Shaybanī was born in Baghdad in 164/780 and died there in 241/855. The Ḥanbali madhhab was attributed to him. He traveled around Kufa, Basra, Mecca, Medina, Damascus, Yemen, and al-Jazeera, especially to acquire knowledge in the science of hadith, and it is known that he became a student of Imam Shafiʿi for a long time.

Ibn Ḥanbal did not content himself with narrating the hadiths but also researched their legal meanings and purposes. Since the primary sources of the first three schools of fiqh had already been compiled during the age when he lived, Ahmed Ibn Ḥanbal found himself with a wealth of fiqh literature.

He based his views strongly on the scriptures and the works of the predecessors in matters of worship and avoided making judgments without evidence. In daily dealings, he took the principle that if there is no evidence in the texts regarding whether something is permissible or prohibited, then it is permissible, which is the way of the predecessors. Although, the other three schools have adopted the principle of “permissibility is the original ruling.” However, Ḥanbalis are more clearly in favor of freedom in daily transactions. Accordingly, this school has adopted the principle that the parties can introduce the conditions they want in trade, except for the conditions that are prohibited in Islam. The Ḥanbali school relies on narrated evidence such as verses, hadiths, and the opinion of the companions rather than personal opinion (ra’y) and analogy (qiyās). In a way, the understanding of Islamic law based on hadith is dominant in the school.

Al-Bukhari, Muslim, and those who were in their ranks in the hadith reported hadiths from Ahmad ibn Ḥanbal. His work, Musnad, includes forty thousand hadiths. The works of Ibn Taymiyya and his student Ibn Qayyim al-Jawziyya also contributed greatly to the later intellectual and legal development of the Ḥanbali school.

The Wahhabism movement, which emerged in the Arab world during the last century and has political and socio-economic aspects as well as religious aspects, has found itself very close to the Ḥanbali school, especially due to its views in the field of belief and its Salafist attitudes. In fact, the Ḥanbali school is the official school in Saudi Arabia and is common in the Hijaz, Iraq, Syria, Palestine, and Egypt.

The post Schools of Islamic Law And Their Imams first appeared on islam and ihsan.
Tum Makaleyi Oku 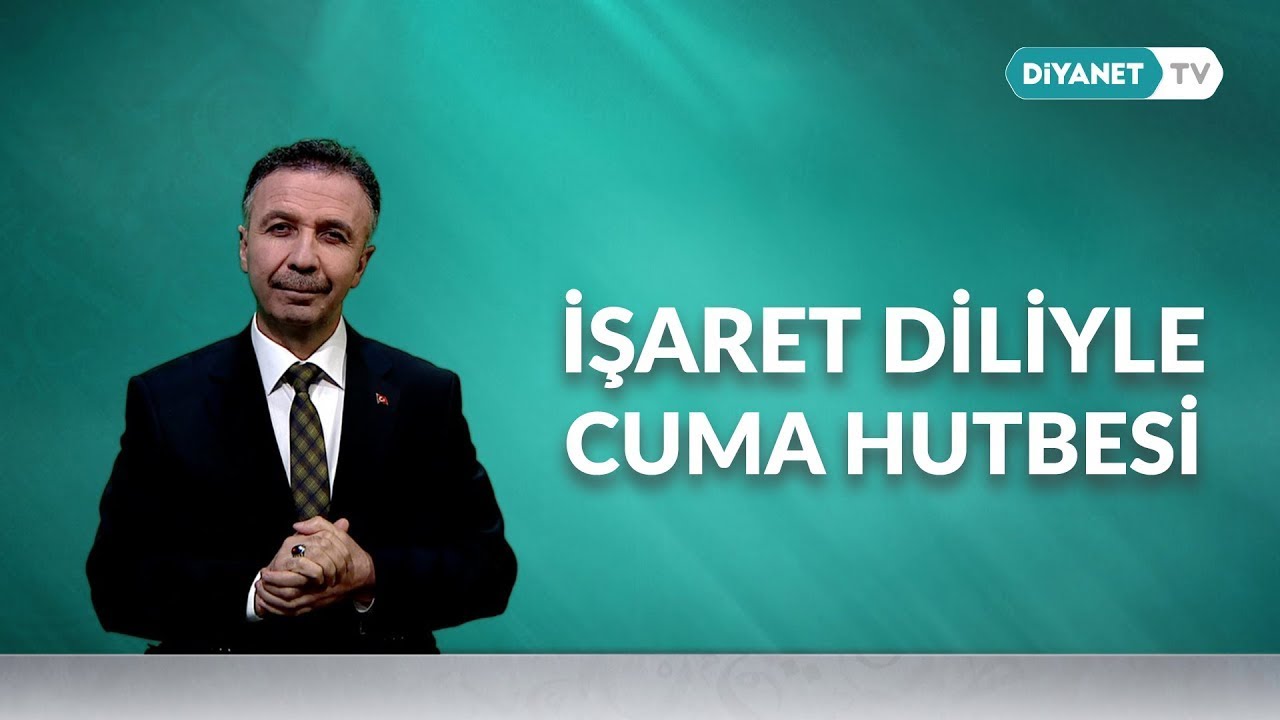 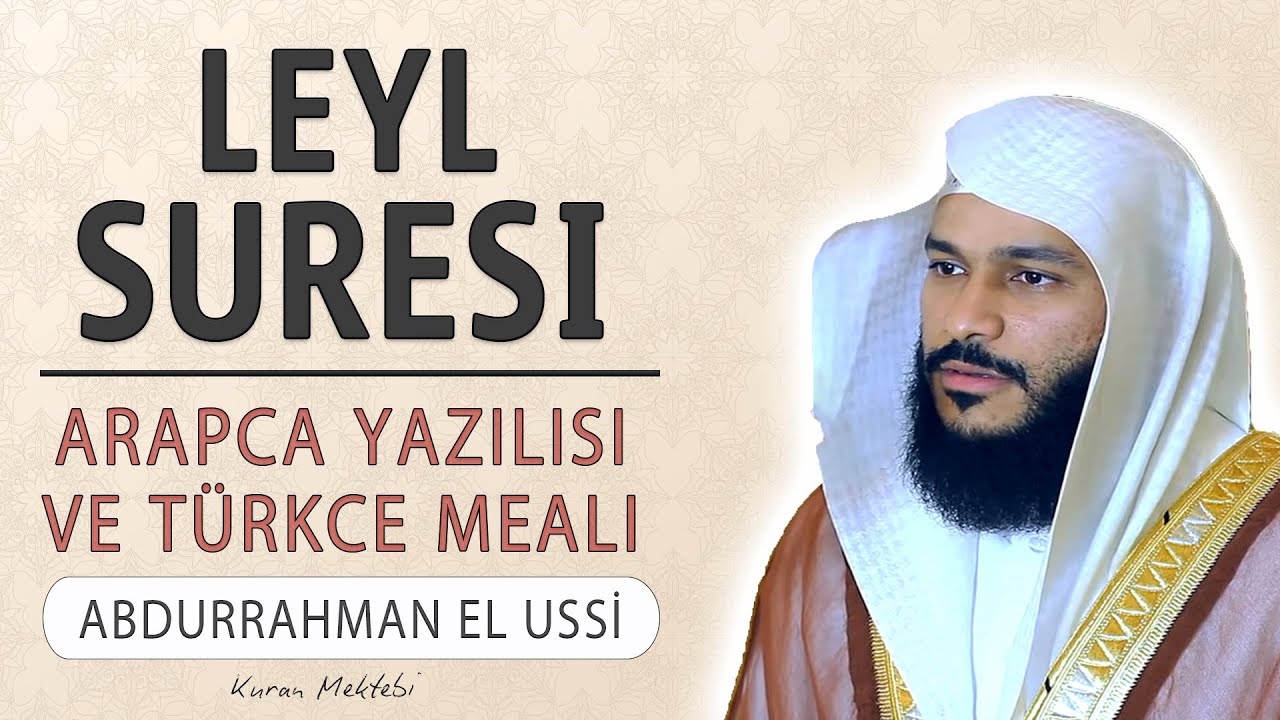 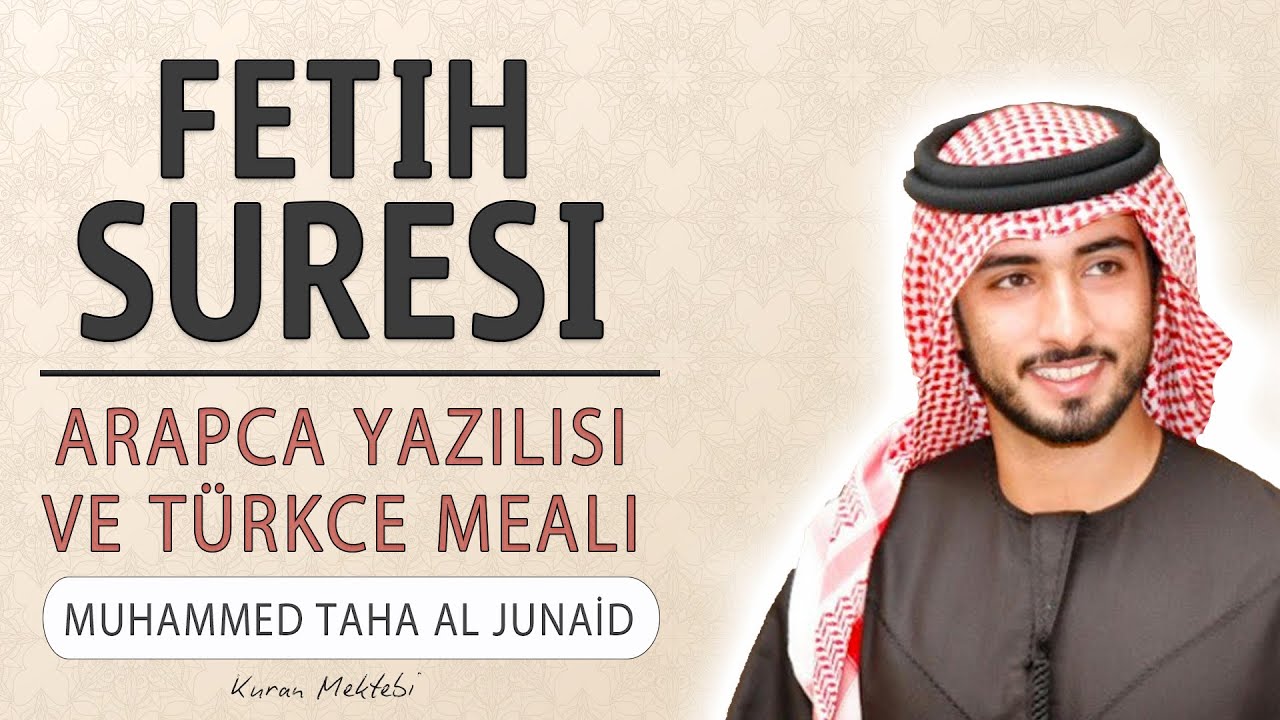 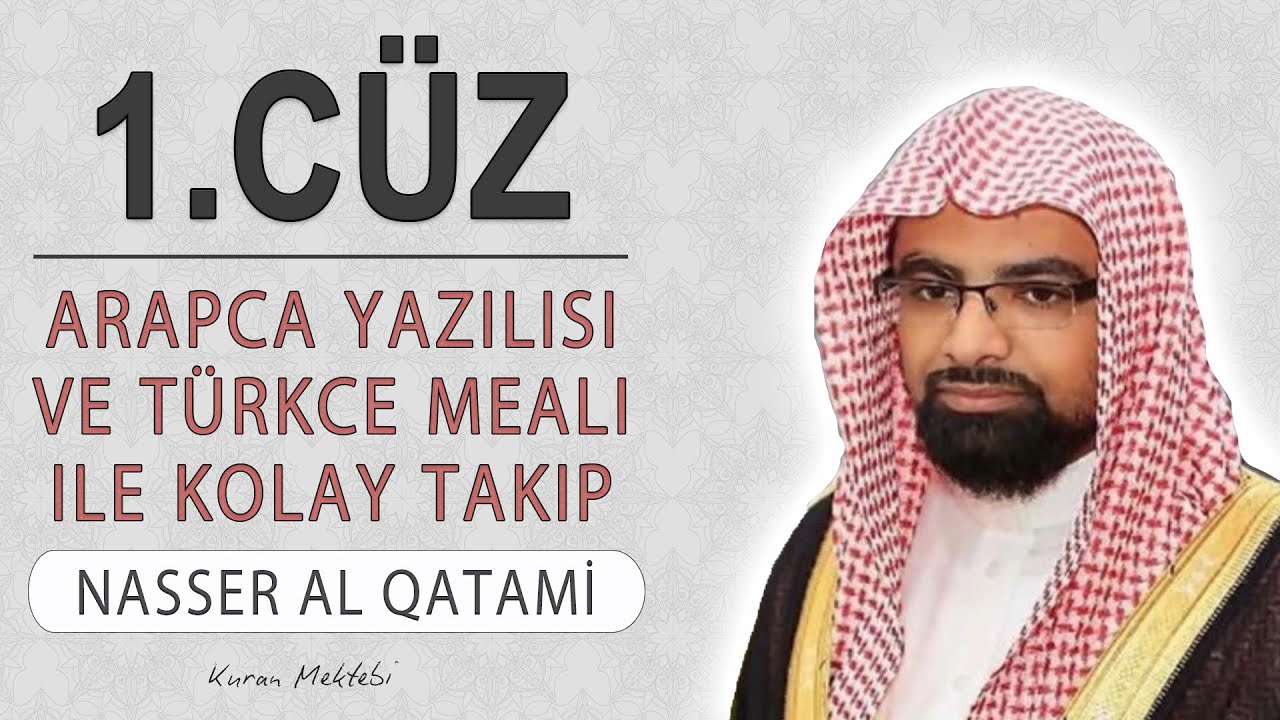 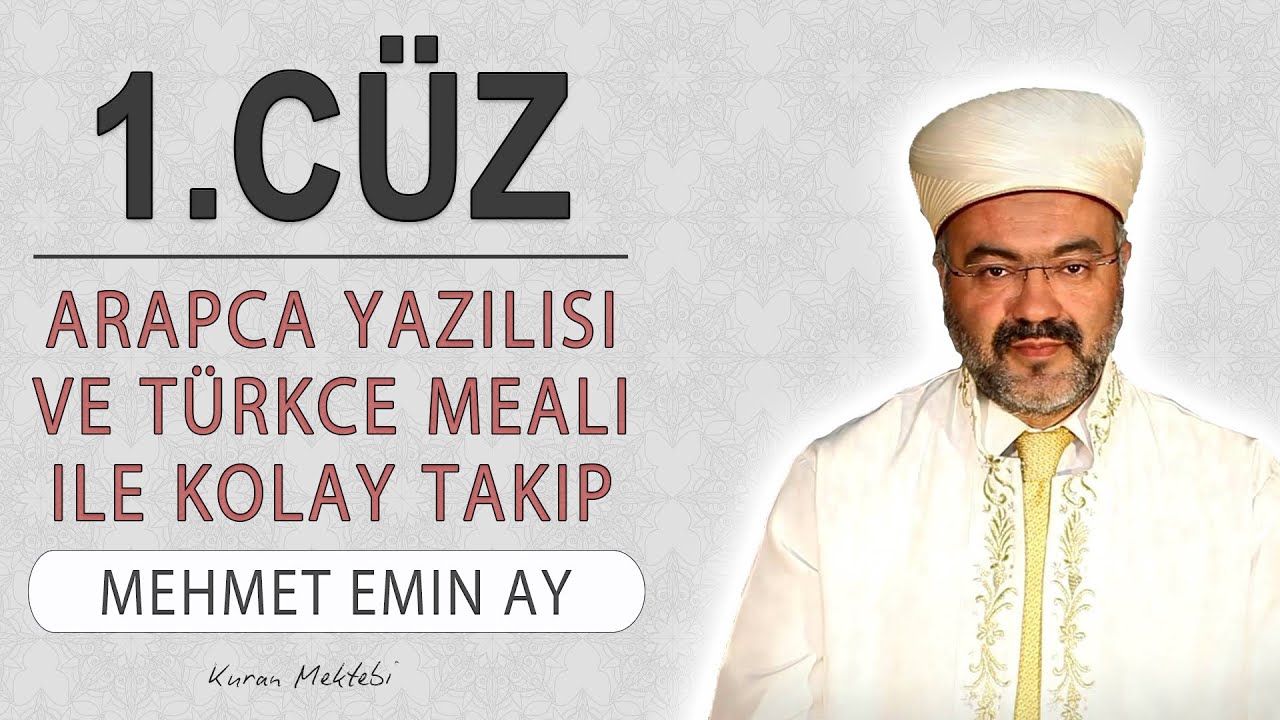 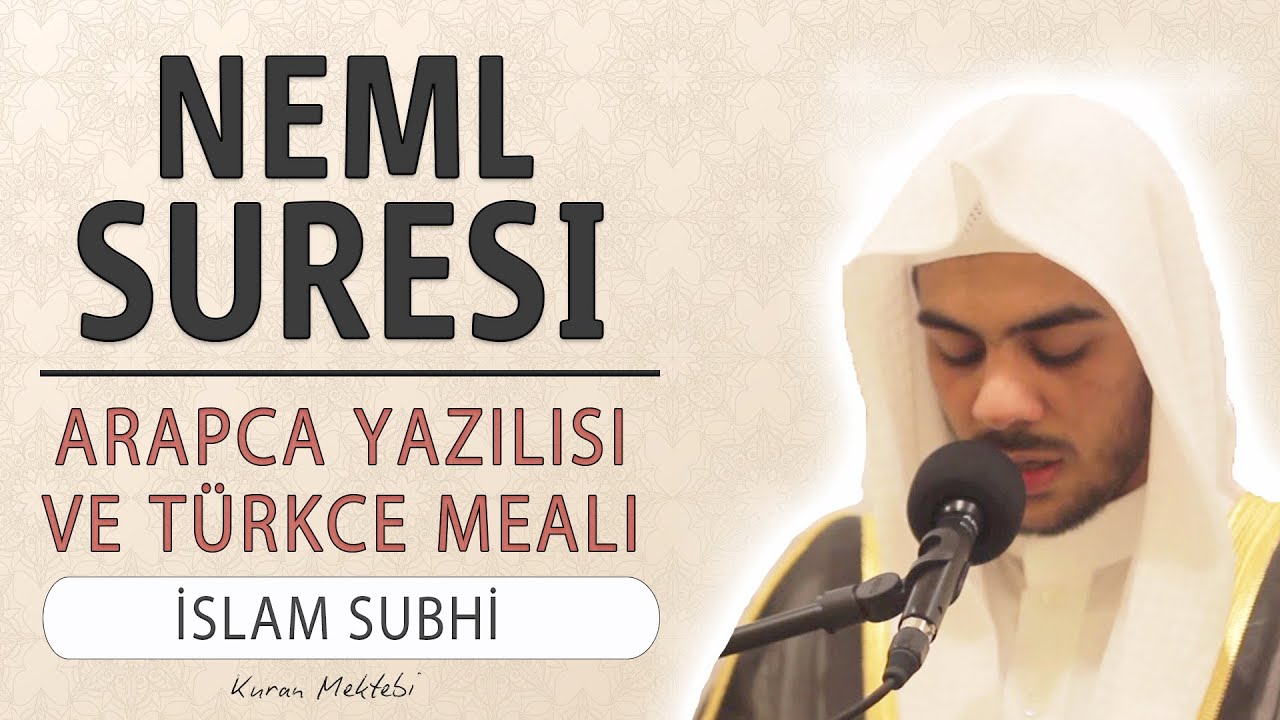 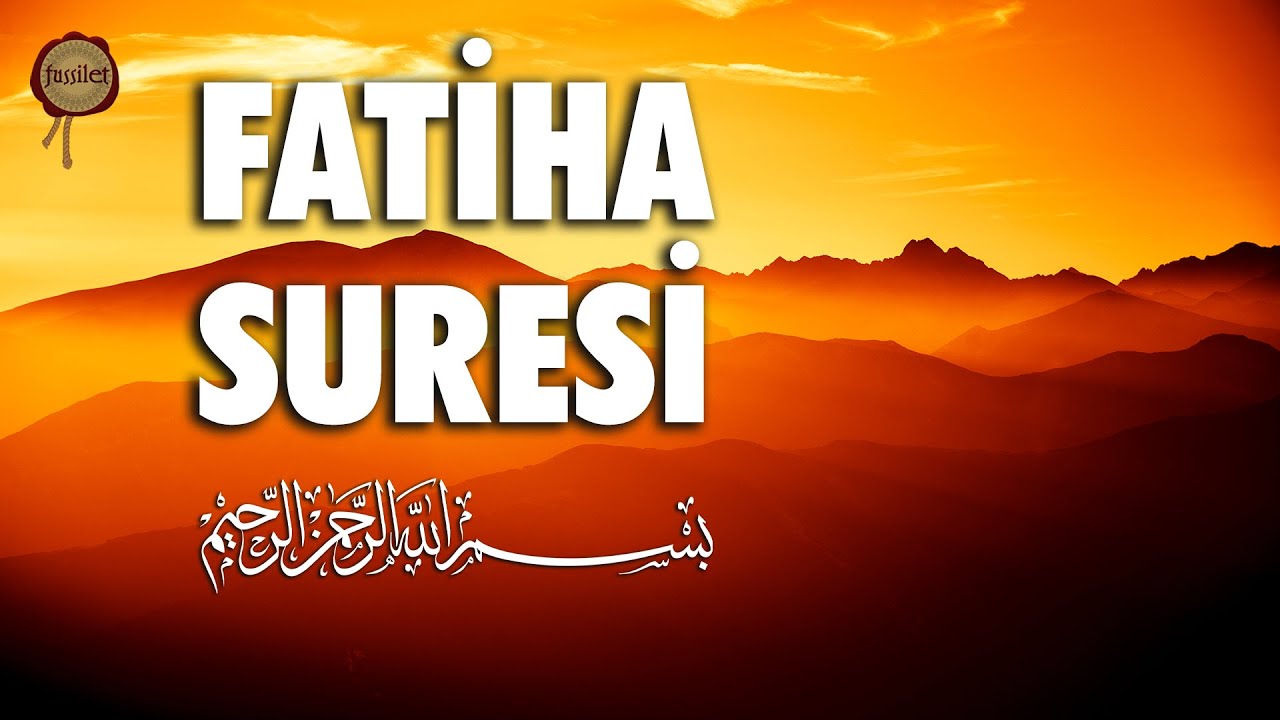 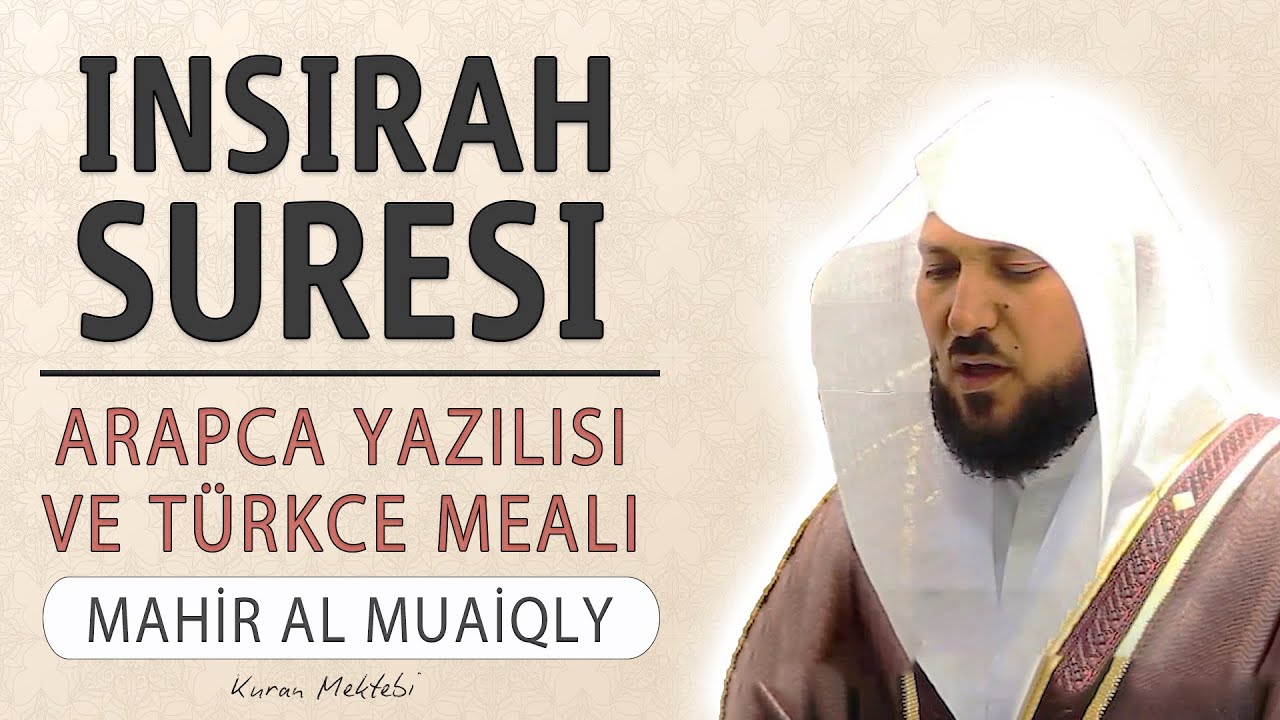